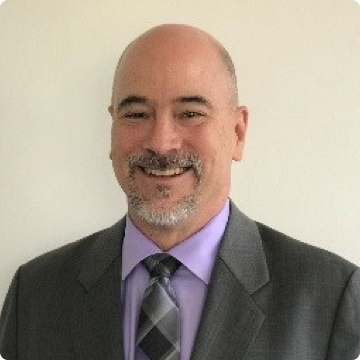 Mr. Waskin is DevTech’s Senior Executive Director for Operations. Before coming to DevTech, Skip was the Coordinator for Economic and Development Assistance at the US Embassy in Islamabad, where he worked to ensure that assistance from the United States supports US national interests and contributes effectively to Pakistan’s long-term stability, prosperity, and growth.

Immediately prior to that, he spent nearly three years in Karachi as USAID’s Deputy Mission Director responsible for that agency’s work in the provinces of Sindh and Balochistan. In this capacity he provided strategic leadership to, and drove forward implementation of a $290 million portfolio focused on education and health infrastructure and community outreach efforts designed to promote stability and reduce the lure of violent extremism. Prior to his position in Karachi, he led a team in Islamabad that conducted an assessment of USAID/Pakistan’s “implementation modalities” and suggested ways to accelerate delivery of assistance and reduce the mission’s pipeline.

Skip has served USAID for over 30 years. Before Pakistan, his previous assignment was in Haiti where he headed USAID’s Office of Response Coordination. In this capacity he oversaw the USG response to the 2010 earthquake, and led the design of a proposed $1 billion long-term development cooperation program between the United States and Haiti. After leaving Port-au-Prince he led USAID/Washington’s Haiti Task Team.

Prior to his work in Haiti, Skip was seconded to the U.S. State Department to work in the Office of the Deputy Secretary on the Leadership Team that prepared the Quadrennial Diplomacy and Development Review. Before this he served in several different roles including Mission Director in Russia and Afghanistan, USAID Representative to Mongolia, and was the first Director of the new Regional Development Mission/Asia, where he oversaw programs in Burma, China, Laos, Thailand, and Vietnam.

Over the course of his career with USAID he has held Officer Director Positions in Washington as well as assignments as Assistant Mission Director in Madagascar, Office of Development Finance Director for USAID/Honduras, Project Development Officer for USAID/Nicaragua, and as an International Development Intern in the Regional Economic Development Services Office for East and Southern Africa in Nairobi, Kenya. He originally joined USAID as a Capital Projects Officer in the country then known as Zaire. Skip has a B.A. in Political Science from Kalamazoo College and a Master’s degree in Foreign Service from Georgetown University. He is fluent in Spanish and French.

We are an international consulting firm dedicated to development. Founded in 1984, we have provided advisory services and technical assistance to government, private-sector, and civil-society stakeholders in more than 100 countries.